If you could do everything from the beginning, where would you make a mistake?

A vision in business, namely, the definition of the things we would like to achieve, where we want to get, without doubt represents the real compass for each company. When we mention the importance of the definition of a vision in context of business, we often recall the famous conversation between Alice and the Cat (Alice in Wish for Miracles, Luis Carroll), but it might be more picturesque for each of us to remember ourselves in the period of childhood, i.e. the youth and the decisions we have made at that time. How many decisions we have made at that time with a vision in mind, or at least the fantasies about where we would like to be in future? How often were we honest towards ourselves and realized what should we really do at the moment to increase the probability of reaching that, presumably – nice place, one day? 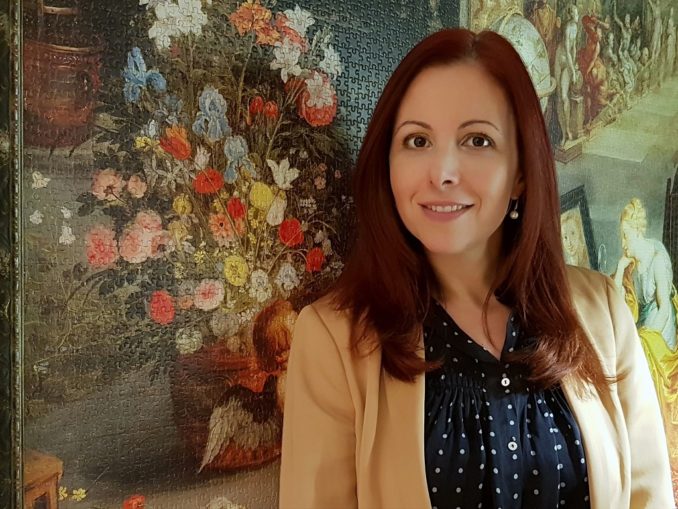 The identical things happen in a company …

The things which are today often quoted as the ones that really complicate the definition of a company’s vision, is a more dynamic environment in which the business happens, different rapid changes on the market, in technologies, among the employees, within the consumers… and that is why the doubt, if the sustainable vision can at all be set. Does the vision have a lifetime? Is the good vision a flexible and correctable one, or it is as stable as the US Constitution? Is it possible to define an inspirational vision, which will be sufficiently concrete, but still of such kind to outstay all the changes that would happen? Some would say that the above will depend on the sector in which the business happens, a part of the world in which the business is operated, specificities of each company, the moment in which everything happens and probably many other things. But, ask yourself because of who, the vision, as such, is set? For sure not because of a machine in a production plant, also not because of an expensive office space in which a company operates, surely not because of the most recent software and business model implemented. It is written because of people. Because of those who should follow and lead such a vision and strive toward its fulfillment , but also because of those who should be the consumers of the product and services of such successful and directed business.

And a man, like it or not, is still compellingly the most slowly changeable factor in the complete equation.

Of course, if we are talking about the employees, everyone knows how many things have changed in an employee – employer relation. If we are talking about a customer, of course that up until yesterday he was satisfied with a classical vacuum cleaner including a cable, a bag, as long as it sucks well … and now they prefer wireless, which moves by itself and it is enough just to turn it on, by an application, of course… But in the background, there is an identical basic need of a man to make his life more pleasant. The same needs over the ages.

But, assume that a company still masters all these dilemmas and big questions about it how to set a vision, and comes up with a vision which successfully communicates to the employees, in which people believe, and which really helps in leading the operations and attaining successful business results. Nevertheless, what when a big change happens? What happens with a company’s vision when ownership changes? It is easy if the business was unsuccessful, but what if it was not the case? What to do with the company’s vision when stepping outside the known frame – assortment, market, communication channels, sales, size of a business… And are the decisions about such big changes, made in compliance with a company’s vision, or the vision is adjusted to the changes resulting from the decisions. Who should think about the above? The owner, management, consultants, everyone? In my opinion the well-set vision should be of such kind that the above changes cannot invalidate it, that it can provide for successful business and motivate the employees, who will accept the changes as the challenges and opportunities. If it can follow the above, the vision will not be changed – there will not be a need to change it, neither by a new owner, nor by anyone, who sees its effects.

There is a specific situation in case of merging, and it is well known of how often it happens that such undertakings are not successful and that the clash of different corporation cultures, habits and inflexibilities, simply prevent any positive synergic effect of merging.

In such cases, even the best set vision, simply cannot be held down to the employees in the right way and come into life at all. But in cases when there is reediness and the capacity for understanding of a wider picture, the work on reevaluation, adjustment, or creation of a new vision of a future integrated company, represents the real challenge and opportunity which appears very rarely – set the things in the right way from the only beginning. Set the things in a way that the dream about 1+1=3 becomes really attainable.

To all the above, or maybe even despite the above, we should be aware that there are always the skeptics about this topic, particularly in undeveloped societies and economic systems. They would say that the mission and vision are the structures that came from the West, which usually, framed, hang on the walls of the corridors or in the management offices, they show up in the web sites under “about us” and that is approximately their complete range. What does it mean to an ordinary worker, who is trying to make the ends meet from a salary to a salary, that the company’s vision is defined in this or that way? And what effect at all it has on his job? Would his salary be bigger if he knows what is the company’s vision? I would dare to say that it is real to assume.

Namely, I could agree that the defined vision, itself, even if every employee would know to state it in one fell swoop, will not contribute in any way. But if each employee knows how that the same vision reflects to his job, and why he performs his activities and tasks in this and not in some other way, it unequivocally gives the purpose and sense even to the simplest job and in such situation the worker is inevitably more motivated and more productive. If the employee knows that his colleague performs his jobs in certain way, in compliance with that same vision, and that when there is a hitch in their activity, they would know that they need to solve it in compliance with that same vision, the effect is only multiplied. The worker on a line, who knows, for example, that the vision of his company is to go forward through innovations and advances in business processes, and that each innovation, i.e. its creator, will be recognized, praised, awarded, authentically resected in the system in which he works, for sure he will not spend his working life per the principle: 8 hours a day in a factory, working what he is told, and from 16 hours on Friday till 8 h on Monday the job is in “off” position. In other similar factory which has no defined vision, or more importantly, not adequately communicated and passed down to each employee, in which employees do not know which way the company goes, and what it means for their jobs, the worker would most probably function per the above principle. I know the examples of the craftsmen, engaged in maintenance of very complex machines in the plants, who have created the real small revolutions in their garages on Saturday after dinner, and by their implementation in the companies they increased the usability of the machines, earned serious bonuses and proudly spoke of their jobs and employer. So, the existence and knowledge of a vision, does not bring bigger salaries by itself.

Knowledge of a vision and work in compliance with it, leads to better business result, which, in well established system, brings better salaries.

And that is maybe the essence of the whole story – a vision is gazing out into future, which starts from today, with each of us. A vision is not a sentence, which sounds nice, but does not say anything concretely and with which the employee simply does not know what to do. A vision is a destination leading us ahead and which, as such, can and should be lowered down to the level of each position and each employee, who will understand how it defines his job and how such defined job brings to success and advance of the company and himself personally. A vision is a wider picture, by which we become more constructive, and consequently more satisfied.

For the end, not to forget the other type of skeptics, who will ask: How can we separate from ordinary day to day business and topics, from analytics, numbers, percentages, targets, all of what is gone, even some monthly and year results, and get more visionary relationship towards our business? As a great fan of cars, especially the company ones, I would say:

Compare the size of the windshield and rearview mirror, and think, with regarding to that, how important is to look at something in front of you, in comparison with looking at something that you have just left behind…